'Well-being 4.0' is the key trend at the next Heimtextil trade fair (12 to 15 January 2016). In a discussion broadcasted live worldwide on 8 September 2015, managers of the trade fair revealed the new furnishing trends for 2016/2017. Lisa Douet of the WGSN Group sat on the podium at 25 Hours Hotel in Frankfurt. This Group from the US is spearheading the design of the 'Theme Park' this year. Anne Marie Commandeur from Stijlinstituut Amsterdam, Mayouri Sengchanh from Exalis/Carlin International and Felix Diener were other members of the Heimtextil trend forum at the conference. They were on hand to predict the interior design trends in textiles for the coming season.

New design themes will be defined by an integrated approach which restores a people-centred design focus with a stronger appeal to the senses. 'Well-being 4.0' is all about textile furnishing that exudes an aura of relaxation and calm. Everything will be geared towards offering a better life and greater well-being. At the same time, technology and science intertwined with textiles play a key role. The number 4.0 echoes 'industry 4.0' and stands for smart, digital and customised solutions. Or in a nutshell, the idea is to trigger positive feelings and responses to stimuli at the touch of a button.

'We need to find ways of connecting what's natural with what's artificial,' comments Lisa Douet during the conference, underlining one of the core challenges.
'In addition to respecting technology, we have to ensure that natural materials and handcrafted products have a place on the design shelf of the future too.'

Both the new trend book, presented during the conference, and the 'Theme Park' at the fair offer diverse pioneering projects in this respect. The trend predictions are also examined in more detail on a newly designed website.

Background information and project presentations are already available on:
www.heimtextil-theme-park.com 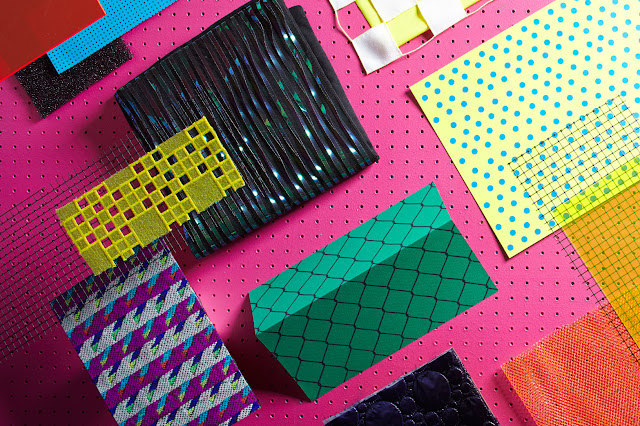 Protect: good for us

This trend predicts a clean aesthetic, or crisp, understated design. It goes hand in hand with a versatile range of wellness products and detox programmes. As a valuable and rare commodity, silence takes centre stage. It becomes an antidote to a world where we're constantly connected and increasingly feel the desire to switch off and do ourselves some good. The trend is all about protecting our physical, but above all our psychological needs. 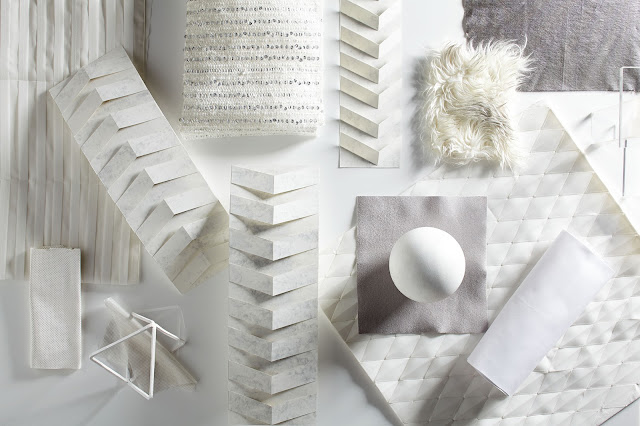 People use technology to boost their feelings of well-being. The borders between being online and offline are becoming blurred. And the digital world is encroaching on our physical world. In this process, light is becoming a new way of creating intangible shapes and highlighting dynamic contours. The colour spectrum pulsates between strong and weak contrasts. At the same time, bright and virtually fluorescent colours vibrate in comparison with darker electric-blue shades. This high-energy trend livens up the aesthetic with intensive brilliance and gloss, kaleidoscopic patterns and humorous, athletic designs. 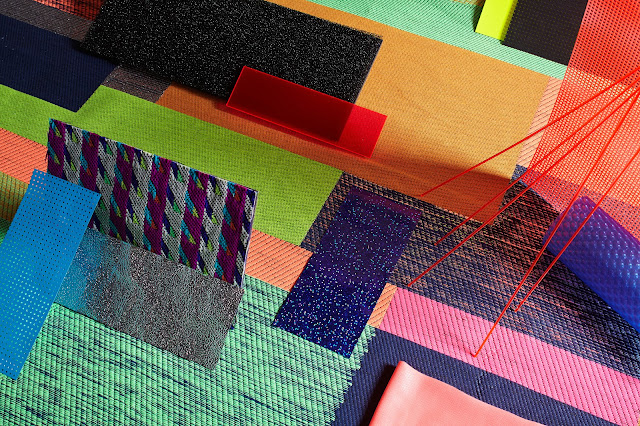 Urban and natural landscapes converge and spawn a new, sustainable world. The focus is on making areas green. The colour palette celebrates the beauty of greens, as well as dark browns and greys, in harmony with elements such as the soil and stone. Natural materials are coupled with pioneering design. Handcrafted products play a special part in the process by accentuating the beauty of the source. 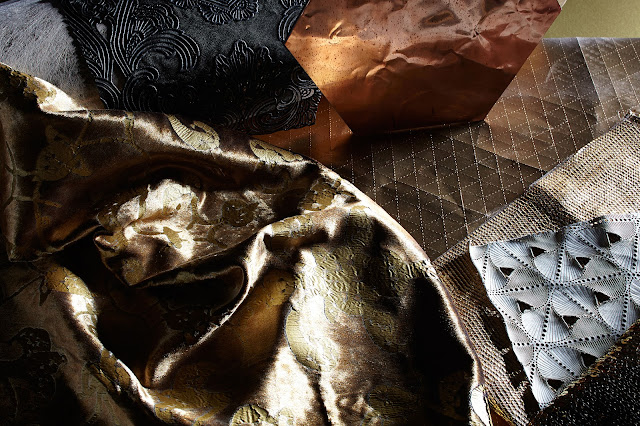 Enrich: appealing to all the senses

The focus is placed on opulent and highly decorative elements which blend cultural references with the past and future. Ornamental ensembles and shimmering, classy materials are eye-catching. Superb, rich colours like plum and crimson abound with metallic gold, brass and bronze elements. A hint of the Orient is blended with iconic patterns which reinterpret classicism with splendour to perfection. 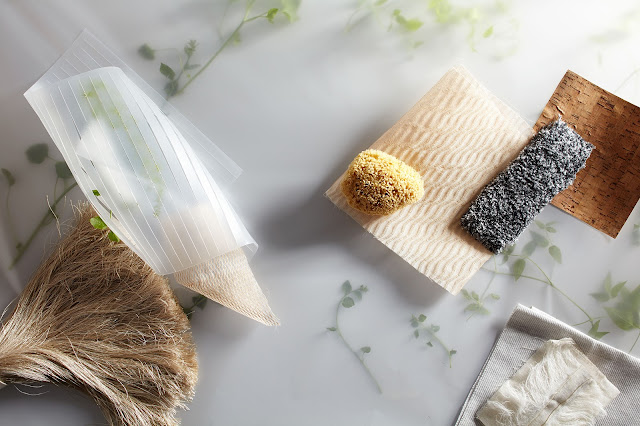 Three Sections in One Volume

The new trend book comprises three sections. The first is a book portraying four trend themes based on materials, designs and colours. The second is a colour palette which looks at the range of the new on-trend colours and can be used as a tool to work with. Finally there's an editorial which illustrates the predominant 'well-being 4.0' trend. The editorial looks at the use of plants to appeal to the senses, places the spotlight on valuable minerals and therapeutic textiles and defines which colours constitute a feeling of well-being.

New Location for the 'Theme Park'

As the world's biggest trade fair for home and contract textiles, Heimtextil plays a special role as an indicator of trends and metric of first-class, well-designed textiles with innovative functionality. Which is why Messe Frankfurt got the Heimtextil trend underway back in 1991 and has consistently expanded it ever since. Every year a trend forum with an international line-up uncovers the most important trends. It gives product developers, creative teams, furnishing businesses and designers valuable advice and reliable trend forecasts. For Heimtextil 2016, the trade fair's managers are continuing the 'Theme Park' concept, developed the previous year for Heimtextil. This platform is moving for the first time to hall 6.0 where it has plenty of space and can stand alone as a showcase. Its concept development and implementation, the accompanying book and the new website are the responsibility of the WGSN Group from the US.

About WGSN Group
WGSN is a global foresight business. Our experts provide deep insight and analysis of consumer, fashion and design trends. We inspire our clients to plan and trade their range with unparalleled confidence and accuracy. Together, we Create Tomorrow.

About Messe Frankfurt
Messe Frankfurt is one of the world's leading trade fair organisers, generating around €554 million in sales and employing 2,130 people. The Messe Frankfurt Group has a global network of 29 subsidiaries and 57 international Sales Partners, allowing it to serve its customers on location in more than 160 countries. Messe Frankfurt events take place at more than 30 locations around the globe. In 2014, Messe Frankfurt organised a total of 121 trade fairs, of which more than half took place outside Germany.

Comprising an area of 592,127 square metres, Messe Frankfurt's exhibition grounds are home to ten exhibition halls. The company also operates two congress centres.The historic Festhalle, one of the most popular venues in Germany, plays host to events of all kinds. Messe Frankfurt is publicly owned, with the City of Frankfurt holding 60 percent and the State of Hesse 40 percent.

Further information on the company can be found at:
http://m-es.se/Fj86